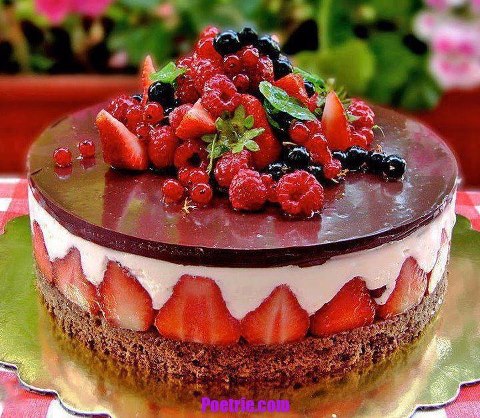 FANTASTIC FOOD FOR YOUR HEALTH HAPPINESS

A superfood is a type of food believed to have health benefits beyond those of more common foods due to specific phytonutrient content.

For instance, blueberries are considered a superfood or superfruit because they
contain significant amounts of antioxidants, anthocyanins, vitamin C, manganese and dietary fiber which are believed to provide important health benefits.

The inner gel of the aloe vera leaf contains around 200 active compounds with over 75 nutrients. These include 20 minerals, 18 amino acids and 12 vitamins (even
vitamin B12 - one of the very few plant sources of this vitamin). Aloe vera has
anti-microbial properties fighting fungi and bacteria and contains
anti-inflammatory plant steroids and enzymes. Aloe vera also aids digestion and
elimination, boosts the immune system, and is incredibly healing and
beautifying for the skin, stimulating collagen production and moisturizing.

Goji berries contain 500 times more vitamin C than oranges and more beta-carotene than carrots as well as 21 minerals, 18 amino acids, B vitamins (B1, B2 and B6) and
vitamin E, efficacious polysaccarides that excel at boosting the immune system
and other complex compounds that work their bio-magic in the body. Goji berries
are said to deter aging (eaten daily by the most well documented case of
longevity, Li Qing Yuen, who reportedly lived to the age of 252!), boost your
libido, lower cholesterol and improve vision. They also show anti-cancer
potential due to their content of germanium, a trace mineral known to induce
the production of the powerful anti-cancer agent interferon.

Pure chocolate contains over 300 compounds including psychoactives such as PEA (phenylethylamine) the 'love chemical' that releases dopamine in the
pleasure-centres of the brain and is said to induce feelings of excitement,
attraction, and euphoria, and the feel-good cannabinoid anandamide that mimics
the effects of marijuana and has recently been attributed to the 'runner's
high' experienced by athletes. Tryptophan is also known for its mood-enhancing
traits and increases levels of the neurotransmitter serotonin. Chocolate is an
aphrodisiac king, these chemicals no doubt contributing to such efficacy, and
contains 'nature's Viagra' arginine that enhances arousal and sensation in men
and women. Chocolate is also the highest antioxidant food on the planet,
exceeding blueberries, grapes and green tea, is exceptionally high in magnesium
(great for the heart and nervous system) and contains the beautifying mineral
sulphur. No wonder it has been called 'the food of the gods'! Note that these
properties are highest in raw cacao (pure and unrefined) which is leagues apart
from commercial chocolate products, containing none of the detriments such as
sugar, hydrogenated fats, milk, additives, agro-chemicals and solvents.

Water grown algae such as chlorella and spirulina have phenomenal nutritional value. Chlorella is 60% protein (19 amino acids including all eight essentials),
contains all the B vitamins (including B12 - a rare plant source), vitamins C
and E, a wealth of minerals and trace minerals, nucleic acids (RNA and DNA) and
chlorophyll (the highest quantities of these ever found in a natural source),
as well as essential fatty acids and a host of phytochemicals. Chlorella is
exceptionally good at detoxifying the body of pollutants such as heavy metals,
pesticides and PCB's. It also contains age-defying nucleic acids, is immune and
blood boosting and shown to be an effective aid aside cancer treatments.
Chlorella is the most popular supplement in Japan, classified by the government
as a 'functional food' and taken daily by over 7 million users. Aside a few
differing benefits, chlorella and spirulina have many parallel virtues. As a
note, grasses such as wheat and barley grass are also potent detoxifiers,
bursting with life and high in enzymes, chlorophyll, antioxidants and amino
acids.

Called the 'perfect food', bee pollen has an awesome constitution. Around 40% protein of a highly digestible form, these magical grains house 16 vitamins, 28
minerals, a host of enzymes, hormone precursors (that stimulate hormone
production), lecithin, fatty acids, nucleic acids and antioxidant
phytonutrients as well as yet identified constituents. Studies have revealed
antibiotic and cholesterol lowering abilities, immune system enhancement and
excellent skin healing traits. Pollen is also believed to be an anti aging
food, discovered by Dr. Tsitsin, chief biologist at the Longevity Institute in
Vladivostak, to be eaten daily by over 200 natives of Georgia (formerly the
Soviet Union) that were living upwards of 125 years of age! Try to get fresh or
unheated pollen to reap the benefits of all the enzymes and healthy
constituents. Other bee products such as honey and propolis are also potent
healing foods.

Try including some of the following "super foods" into your diet. Each food contains vitamins, nutrients and/or minerals that are believed to contain special properties for health, disease prevention and/or
longevity. Views: 70
E-mail me when people leave their comments –
Follow

You need to be a member of KeithKNOWS.net to add comments!

This reply was deleted.